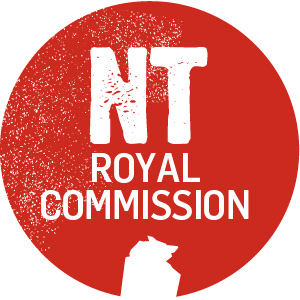 SNAICC has welcomed the Royal Commission into the Protection and Detention of Children in the Northern Territory (NT) following last year’s deeply disturbing revelations about its treatment of young people in youth detention.

SNAICC’s welcome of the Royal Commission has, however, not been without reservation. Despite more than 30 reviews, inquiries, and Royal Commissions into Australia’s child protection systems over the last 10 years, two previous inquiries into the Northern Territory system in 2007 and 2010, and 20 years after the release of the Australian Human Rights Commission’s seminal Bringing Them Home report, there has been very little progress made on genuine reform.

As such, SNAICC has advised the Royal Commission to make recommendations that support accountability for reform. In particular, SNAICC recommends the establishment of a dedicated Commissioner for Aboriginal Children and Young People in the Northern Territory with responsibility for ensuring that reforms respond to the specific needs of Aboriginal children, families and communities.

Aboriginal children make up 89.1 per cent of children in out-of-home care in the NT, and their number in care has increased approximately 70 per cent in the last 5 years. Currently only 30.1 per cent of Aboriginal and Torres Strait Islander children in the NT are placed with their Aboriginal and Torres Strait Islander kin or other family – one of the worst rates in the country. SNAICC has provided a raft of recommendations to improve practice to keep children connected to family, community, culture, and country – most importantly, investing in early intervention and prevention supports that could stop children entering care in the first place.

SNAICC has called for the development of the Aboriginal community-controlled child and family service sector, which currently has limited resourcing and capacity. SNAICC has also called for the establishment of Aboriginal child and family peak leadership in the NT because it is vital that Aboriginal people in the Northern Territory are empowered to participate in policy design and decision-making and to deliver quality and culturally safe services supports for their families.

SNAICC will continue to advocate alongside Aboriginal communities and organisations in the NT to see that the Royal Commission results in desperately needed change to support better outcomes for Aboriginal children and families. We hope to see our vital recommendations made when the Royal Commission provides its final report at the end of the year.